“Where?!… no, I didn’t see them anywhere near here…of course, I looked…it’s not as if I haven’t been down this road before, I know what I’m doing and my god, I only need 6!”

A junior editor at a small publishing house on S Coast Highway 101 off of 3rd Street in Encinitas, CA, Trina was struggling with creativity lately and dubiously entertaining herself in her cubicle at “We Publish When Others Won’t”, in search of a story line instead of reading the manuscript in front of her.

Staring into blank space, she confidently decided an idea would pop into her head on her bike ride home.

Living a mere 6 miles from her office, Trina often rode her bike to work through the laziness that was Leucadia, all beach and sand and surfer cool, it was without contest a surfer’s paradise having several of the best beaches in Southern California.

Last week, as she pedaled down the boardwalk on her way to “WPWOP”, she spotted Dusty, an aging, ageless “surfer dude”, he owned and operated the local surf shop and was the last person she’d ever suspect to tell her about a blog hop, Six Sentence Stories, and what a cool writing challenge it was.

Even before she pulled the Mongoose up along side him, she could hear his gravely voice “Hey, baby stop a minute and we’ll catch up, whatsay?” and so she slowed to a halt and smiled widely as she realized she had a soft spot for this grizzly guy, this businessman/aspiring writer with a sensitive soul and realized how true that the cover doesn’t always tell the story. 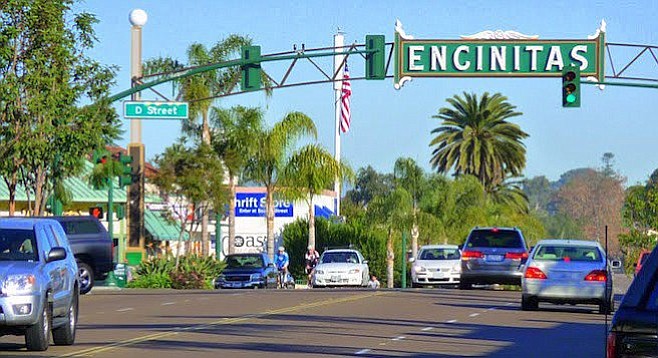