It’d appeared my footing wasn’t as stable as I’d come to believe, and because believing was the one thing I needed to keep doing, I never saw the train until it hit. A committed relationship had not been part of my immediate “plan”; like a panhandler working the corner of yesterday and today, I kept asking the same question – how did I get here?

…I was coming off a late audition in the West Village, heading to Johnny’s Bar on Greenwich Ave., when the heavens opened up and Zeus let loose a wrath of rain. Jada in casting had given me the wink/nod when I left, and secure enough in myself to appreciate her gesture, decided better to look like a 1950’s movie gangster than get soaked to the bone.

Collar up, fedora strategically pulled over my face, I made a beeline toward the bar’s door, never seeing the woman rushing out -“Hey, don’t bogart the door! Can’t you see I’m in a hurry G man?” Her name was Rowena. 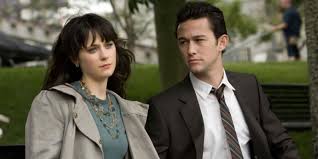