Standing at the aged and tarnished turnstile, a cacophony of subway sounds bouncing off the underground walls, I wondered if I was making the right decision, hesitating like a drag racer in burn down. Seized with doubt, my surroundings seemed to disappear as fear quickly, efficiently, quarantined courage, a certain and unwilling hostage. What was I thinking – or was I simply acting in the moment of the moment, instinctively, body taking over where mind went silent? All the physical evidence, and there was a lot of very convincing evidence, pointed to me as the perpetrator. I knew it was a frame, but who would believe me? I pushed through the metal arm and ran for the train. 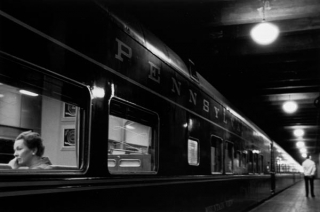