As if the cloudy thin film of a cataract had been removed from her mind’s eye, the significance struck her square upside the head as she bustled about pre-dawn preparations for her morning commute. “This“, she whimsically said to herself, “might prove valuable, if not entertaining“.

Analyzing her dreams was a favorite pastime; although she had not done so recently, she admitted to reaping not insignificant benefit from indulging in a Freud meets Jung meets Rogers soul search on occasion and thought this new development (of a daily ear worm) on par. Substituting snippets of song lyrics playing on a semi-perpetual loop for dreams, she mused momentarily (only half convincing herself) that she’d discovered another tool by which to decipher the answers to a myriad of questions she asked herself daily. Considering herself self-evolving, she accepted the challenge of exploring another avenue by which to guide her journey, her travels over roads, literal and figurative, in hopes that one day she would discover the map that has eluded her thus far.

Her true home, her north star always, was near the water, salt water in particular, even more precisely, the beach; acting on instinct, she called into work, hurriedly changed out of her work clothes, loaded the car’s 6 disc changer and headed for the coast, today’s ear worm queued .. “And do you feel scared, I do But I won’t stop and falter And if we threw it all away Things can only get better, whoah, whoah whoah, oh…” 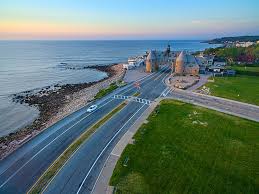