Joseph grabbed the fire extinguisher sitting atop the old oak work bench on the far side of the basement and quickly returned to the circuit box; even before opening it he could hear the sound of sparking as the acrid stench of burn and smoke filled his nostrils. Flipping the breakers off, he inspected each of them individually, the certain unpleasant conversation he’d have later that day with his house inspector already playing out in his head, the ink on the settlement papers on this, his “new” old house, barely dry!

Heading back upstairs, potential fire disaster averted, the gravity of what might have happened had it not been for a 90 lb black Labrador Retriever nudging him awake at 3:00 am, came crashing down like a tidal wave. There, standing steadfast at the top of the stairs (obeying Joseph’s earlier command to stay) was his friend and savior; eyes shining with a love greater than he felt for any human, Joseph sat next to the canine and wrapped his arms around his companion burying his face in the mass of black fur. 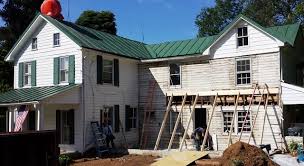