Began with “Veronica”. Followed up last week with “Just Got Complicated” and now….
Let’s go for a hat trick!

It’s not easy finding a cab at 6:00 am on a Saturday morning but Lady Luck had my back.

I’d put in a couple of blocks between me and the Claridge (didn’t need a late night high roller fingering me as a suspect once the investigation into the stiff upstairs began) when I spotted the yellow of a Plymouth Deluxe, her front bumper shining through the fog like a lifeboat on the ocean. As the cabbie pulled away from the Boardwalk towards Atlantic Avenue, I relaxed and pulled a Luckie from my jacket pocket (the pocket where a stash of money should be), my mind playing 20 questions beginning with why was I set up to take the fall for the murder of some schmuck I’d never seen before.

You didn’t need to speak French to know the term “femme fatale” and the babe I got tangled up with last night definitely put the “fatale” in the “femme”. She wasn’t just after the cash, that was bonus, this was about the guy got snuffed but who was he?

It was no secret the rivalry between the East and West coast crime families had been heating up for a while, but why would an underboss like Sid Solemi be messing with a caporegime like Jimmy Muldoon? 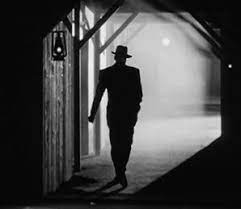