I was 6 years old, maybe 7 when my parents surprised me at Christmas, with a near life sized raggedy doll. Her feet had an elastic strip sewn into the sides of her “shoes” allowing you to slip your feet through, thereby supporting the Doll’s feet as they rested upon top of your own to… dance with her.

Standing upright, the Doll measured a good 3 foot tall, long legged and lanky armed, her red stuffed cloth body was all flexible and floppy like. After all, what child wouldn’t want the pleasure of dancing with an oversized Raggedy Ann doll donned in simple dress, her head a mass of yellow woven “hair” childishly styled in pigtails.

It wasn’t the body so much that made me uncomfortable, it was the face, almost flesh toned the smooth plastic had enormous, open eyes painted on in vibrant cerulean blue. If seen in the light of predawn, her smile might pass as a smirk but for the clothing and pillows I intentionally piled upon her before going to bed in an attempt to prevent my imagination from running wild with the vision of her standing by my bedside, hand extended, inviting me to take a walk.

Welcome to GirlieOnTheEdge and another edition of Six Sentence Stories!
. I had every intention last night to write this post, give it a final glance this morning, then hit “Publish”. If you surmised my eyes won the argument, you are correct! So I find myself taking lunch at my desk this afternoon and completing this post. Without further ado, I’d like to extend an invitation to everyone on the planet to join us this week and write a Six Sentence Story. Regular Sixers are familiar with the hop rules. If you’re new in town, take a look below. Easy peasy. Write a story, poem, perhaps the next scene in your serial story or upcoming book in 6 and precisely 6 sentences. After you hit publish, return to this post, click on the blue Inlinkz “Click here to enter” and link your story’s URL. It will then appear (with thumbnail) on a separate page with everyone else’s URL. Then what?
Then, anything can happen 🙂

“So long as you write what you wish to write, that is all that matters; and whether it matters for ages or only for hours, nobody can say.” – Virginia Woolf

Walk out that door again boy, fear you won’t never come back. Hear what I say son, I know from what I know, the life’s not all that.
After years on a bus you begin to miss home, reflection in the window always tells the story. Life on the road is more dust and grime than fame and glory.
They’ll know you while the lights shine bright, then use you as a pawn. Then comes the day all you hold in your arms at sunrise is the dawn.

Welcome to GirlieOnTheEdge and another edition of Six Sentence Stories!
Oh, boy. Been wandering a bit. The clock, lower right of the screen, catches my eye and I stare in disbelief. Why, I was only walking YouTube highway for a little while. Yeah, no. And so we wander, intentions intact, sometimes not. And sometimes we get lost. In time, the moment, in words, in the music. Coming off road, we look for familiar signs until we recognize home. This week, as every week, I invite everyone to challenge themselves in the writing endeavor that is Six Sentence Stories. Exactly 6 sentences, using the prompt word below. Let’s find out where they take you.

…When last we read about the horrific murder of yet another prostitute in London’s Whitechapel district, Chief Inspector Winston Wendall Wentworth, III was staring into the eyes of, as we will soon discover, not simply a worthy “opponent” but rather, an enigma in one Sister Mary Ephraim… 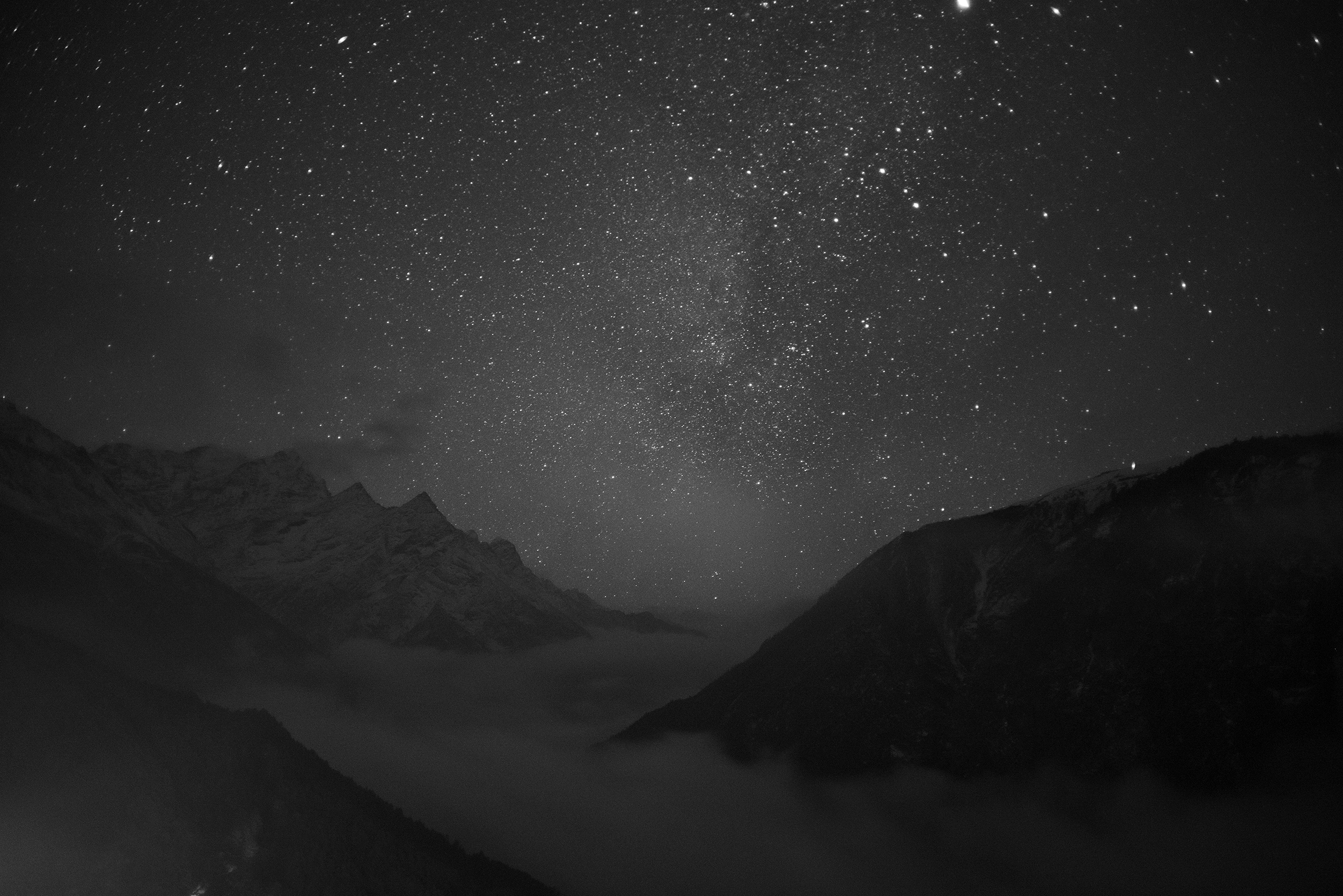 … Sister Mary Ephraim’s foot fell silent, her steadfast, upward gaze communicating far more than words alone – “yes, you heard me correctly, it is the English language we both speak, is it not Mr. Wentworth?”

Brows reluctantly creased to form a furrow, allowing self doubt to rapidly seed, a feeling foreign to the imposing police official, instinct now whispering warning, stature was not relegated to physical height.

“It is imperative I take our sister back to our convent for proper burial preparation, our Order is specific to funerary rites; seeing as you appear to have determined this as another “Ripper” victim, there is no reason for further delay. I’ve arranged seating on the tram to Bow and will hence take passage on the North London Railway straight away so time is of the essence Mr. Wentworth, do not hinder me further in fulfilling my duties and responsibilities, I answer to a far higher power than you.”

Mesmerized, as if one of the rabble of bystanders left loitering on the perimeter of the crime scene straining to catch a glimpse of something horrific, a tidbit to share and shock amongst friends and family, Chief Inspector Winston Wendall Wentworth, III stared down at the figure speaking orders to him; feeling a gear skip inside his brain, he realized he was literally unable to respond.

Who was she, this tiny woman telling him what to do, he helpless to utter a single syllable to put her in her place, to remind her who was in control (but are you Wentworth?)

Welcome to GirlieOnTheEdge and Sunday’s prompt word reveal for Six Sentence Stories!
An exercise in patience? Challenge to embrace new technology? It would appear I experience both of these things since last week’s “surprise! we re-configured your blog for you because we can“. A special thanks to Doug, Cassa Bassa and Chris for suggesting fixes and offering commiserations 😀 My tech difficulties say more about me than about WordPress, lol. And so it is with writing. At the end of the day, it boils down to wanting to write (regardless of skill level) and what we’re willing to do in order to get better at it. While it appears to be a mountain too high too climb (for some of us), it’s about the gradual incline toward the summit. I may not have a personal Sherpa to guide me however, I do have all of you and this growing community of Sixers. For that, I am grateful. As to the upcoming edition of Six Sentence Stories, I invite everyone to share your creative selves via 6 and no more than 6 sentences of flash fiction, poetry, soc or the next scene from your as yet unpublished book. Return to GirlieOnTheEdge this coming Wednesday, link the URL to your Six and let’s go exploring.

Rules of the hop:
Write 6 Sentences. No more. No less.
Use the current week’s prompt word.
Return here, link your post Wednesday night through Saturday late…
Spread the word and put in a good one to your fellow writers

Welcome to GirlieOnTheEdge and another edition of Six Sentence Stories!
Well, well, welly…. Change? I can roll with most anything. Most of the time. The folks at WordPress tried to get me to update and use Block Editor. No thank you. Right TVTA? 😀 Now they’re at it again having converted everything in my dashboard to the block party format but hey, enough of the silly complaining. Get over it you say? Absolutely! Give me a few minutes though – or at least until I finish this post because….this post isn’t about me. It’s about all of you! And this place, GirlieOnTheEdge, the portal to Six Sentence Stories. A realm where 6 and only 6 sentence stories, poetry and  fictional, fantastical and fabulous tales roam. A place of community and creativity. We’d love to read you.

Welcome to GirlieOnTheEdge and Sunday’s prompt word reveal for Six Sentence Stories!
This week’s prompt word came to mind in a half sleep. Far be it for me to question thoughts emanating from my semi-conscious brain, right? At least when it comes to
Six Sentence Stories, lol. Which raises the question: if a word can come to mind during the in-between time of waking and slumber, during those minutes or moments before we step off the ledge into total unconsciousness (known as hypnopompia, not to be confused with hypnagogia), then surely there are stories lying in wait there as well. Wherever you find your ideas and storylines or wherever you meet your characters, consider sharing them here at the weekly writing challenge that is Six Sentence Stories. The only requirement is to present your story, poem, or next scene in your serial story or book, in exactly 6 sentences. Link it at this Wednesday’s evening post and let the reading begin. We hope you’ll join us.

Rules of the hop:
Write 6 Sentences. No more. No less.
Use the current week’s prompt word.
Return here, link your post Wednesday night through Saturday late…
Spread the word and put in a good one to your fellow writers 😀

“One thing that helps is to give myself permission to write badly. I tell myself that I’m going to do my five or 10 pages no matter what, and that I can always tear them up the following morning if I want. I’ll have lost nothing—writing and tearing up five pages would leave me no further behind than if I took the day off.” – Lawrence Block

The two separated by fate and circumstance, longing and desire insufficient to alter what came to be. Going around and around and ’round, timeless circling above – patient vultures, messengers without direction.

Immersed in stress, self doubt achieving dominion, forward momentum adrift, scattered to the four winds. Nothing left now but life’s filter to sift the debris until clarity achieved.

Emboldened and airborne, desire driving the instinct for survival, thrust lifts them to extraordinary heights, a landscape is revealed. They soar….

Welcome to GirlieOnTheEdge and another edition of Six Sentence Stories!
“Ya ever have one of those days?” A simple phrase, yet when spoken as a rhetorical question, conveys so much, lol. Written or verbal, those 7 words accords us a glimpse into the kind of day the speaker had without giving us any specific details. A colloquial expression, the inference is crystal clear…not a good day! Words alone are not magic. Words grouped in sentences, now that’s a different story. And speaking of…. why not group sufficient words to construct precisely 6 sentences and tell us a story, share a poem, or invite us to read the newest installment from your latest book or serial.
Share some magic 🙂